Global markets rallied in August as economic data revealed strength across the globe.  However, delta variant infection rates soared during the month, especially in unvaccinated populations, which dampened sentiment and global growth expectations.  The Senate passed a bipartisan infrastructure bill that would provide $550 billion in new spending in the US.  The Bill was sent to the House, where it continues to be debated.  The most recent Federal Reserve policy stance was provided at the Kansas City Fed’s annual Jackson Hole Economic Symposium.  Investors were encouraged by a “balanced” speech given by Fed Chairman Jerome Powell.  At the beginning of the month, emerging markets struggled as Chinese regulators continued crackdown on anti-competitive practices, privacy issues, and education sources and policy.  The fall of the Afghanistan government to the Taliban cast doubt on US policy in the region and increased geopolitical uncertainty. 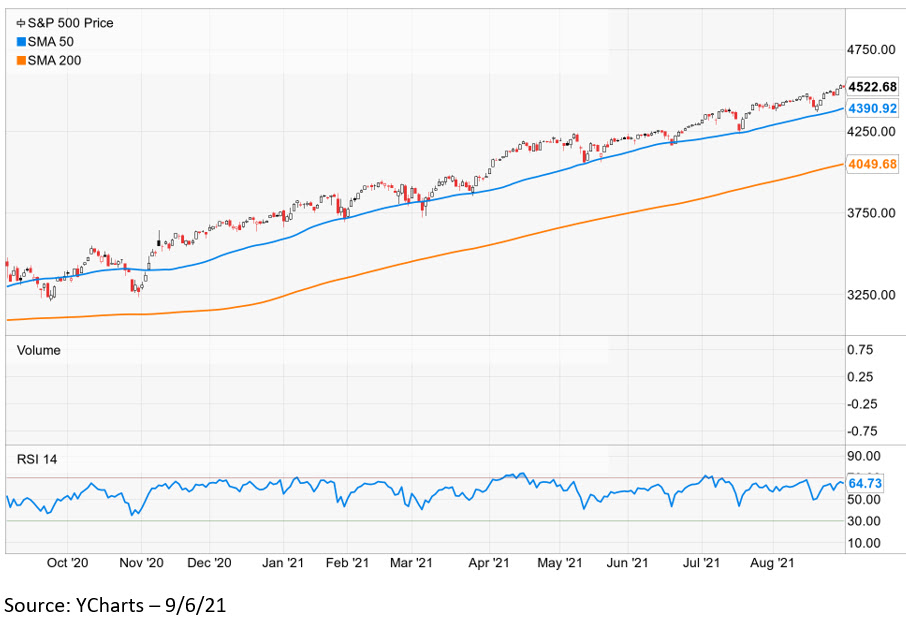 A strong July employment situation report- 943k non-farm payrolls added, induced calls for the Federal Reserve to taper its asset purchase program.  PMI data continued to show that the manufacturing and services sectors are in expansion mode.  Consumer prices continued to rise, demonstrated by a 5.4% year-over-year increase in the CPI. 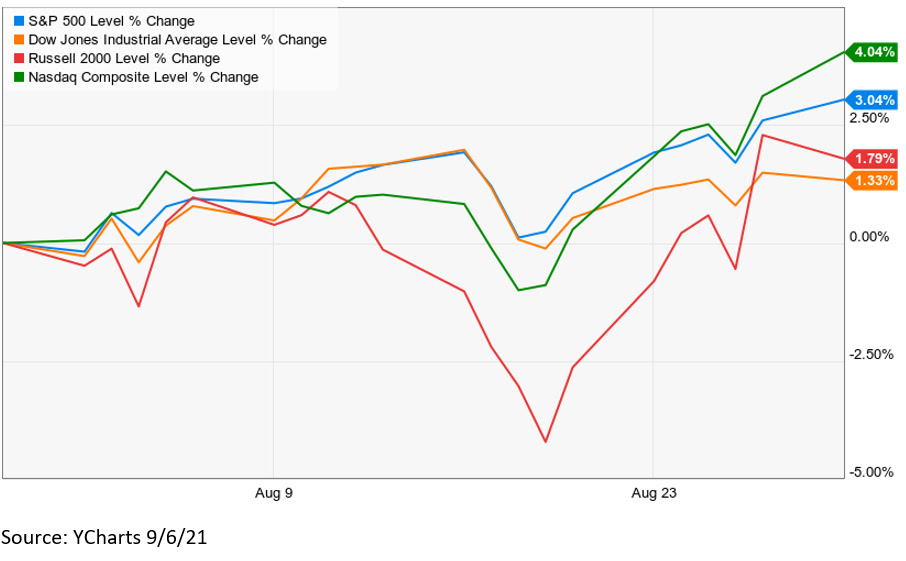 Leading up to the Fed’s meeting at Jackson Hole and given the robust economic data, many Fed Governor’s expressed that the Fed should start its taper sooner rather than later.  However, J Powell struck a neutral tone and calmed markets.  The Chairman acknowledged that the Fed had made substantial progress on its inflation mandate but still needed to make more progress on its employment mandate.  The Chairman indicated that it was likely that the Fed would start to taper at the end of the year. Still, he ensured investors knew that there would not be changes to the policy rate for the foreseeable future and that financial conditions would remain accommodative.

Investment advisory services offered through Foundations Investment Advisors, LLC (“FIA”), an SEC registered investment adviser. FIA’s Darren Leavitt authors this commentary which may include information and statistical data obtained from and/or prepared by third party sources that FIA deems reliable but in no way does FIA guarantee the accuracy or completeness.  All such third party information and statistical data contained herein is subject to change without notice.  Nothing herein constitutes legal, tax or investment advice or any recommendation that any security, portfolio of securities, or investment strategy is suitable for any specific person.  Personal investment advice can only be rendered after the engagement of FIA for services, execution of required documentation, including receipt of required disclosures.  All investments involvement risk and past performance is no guarantee of future results. For registration information on FIA, please go to https://adviserinfo.sec.gov/ and search by our firm name or by our CRD #175083. Advisory services are only offered to clients or prospective clients where FIA and its representatives are properly licensed or exempted.